Delivered in 4 Days.
We are shipping to

Overview
Since Thecus® has entered the enterprise level NAS market with the N12000 and the N16000; they proved that the reliability and stability already found within its existing line of NAS could be tailor made to service heavy storage and heavy demand businesses. And to better serve the needs of the diverse enterprise users, the N12000V and N16000V followed which offered a choice between more value and more power. As the technology evolves quickly, Thecus® is now proud to announce its new large business solution, the N12000PRO and N16000PRO. “Thecus is dedicated to serve enterprise level needs with the best technology available,” said Florence, CEO and General Manager of Thecus Technology. “Paired with powerful Intel processors and functions which provide advanced security features, our customers can rest assured that their data is being managed by professional hands.” Better processors for better performance The new PRO series of 12 and 16-bay NAS comes with the fastest Intel® technology ever seen at Thecus®. The N16000PRO and the N12000PRO are equipped with the Xeon® E3-1275 processor that runs at 3.4 GHz. The quad-core processors are matched by 8GB of DDR3 RAM on both devices to make sure that the biggest commands fly through without an itch. And to make sure the full power of the processors is used, a 10GbE network card can be added to the available PCI-e slot and link aggregation can be used to make sure your network doesn’t slow you down. Store big with Volume Expansion and Daisy Chaining Brought on by the ThecusOS™ 5.0, users can now dynamically stack their NAS units for more capacities in a single volume; simply designate your N16000PRO or N12000PRO as a stack master and implement a 10GbE switch to connect additional target devices. Scalability is the key notion when it boils down to volume expansion. In fact, an amazing eight target devices can be intertwined for a massive volume of multi TB capacity when utilizing 10GbE switch. Daisy-chaining is the most innovative function to expand storage volume while keeping cost down. Up to four D16000 DAS can be added to your N16000PRO and N12000PRO for an additional 64 bays of storage. As a result, IT enterprises or consumers who utilize large amounts of storage can obtain massive expansion and save cost. Another perk about daisy-chaining is that transfer speeds are fast! Thanks to the SAS cables that are put-to-use to daisy-chain the DAS to the NAS. If paired with volume expansion, daisy-chain can help large businesses expand their storage capacity to up to 2.5 PB! 10GBASE-T High Availability (HA) The N12000PRO and N16000PRO both run on ThecusOSTM 5.0 which supports one of the most important features within the storage industry, High Availability. In short, HA allows users to replicate the data on an active NAS to another standby NAS via 10GbE synchronization. The importance of HA is quickly noticeable, whether there is data corruption or if the active NAS has any HDD problems or downtime, the standby server keeps all vital data saved and is available at all time to take over the active NAS’ responsibilities. Total backup solution Also supported by the N16000PRO and the N12000PRO is the total backup solution, Data Guard. This backup solution is the ultimate feature as it provides both local and remote backup under one roof. Currently, data is backed up across RAID volumes, external USB drives, and eSATA. In addition, Data Guard uses innovative technology to sync data across the network to other NAS, take advantage of real-time remote replication to keep your data safe. More importantly, Thecus® Data Guard is the total backup solution which makes managing NAS user-friendly and convenient. Additionally, to cover enterprises backup needs, Thecus® joined hands with Acronis and gives five free registered copies of their Backup & Recovery 10 Server for Windows. Acronis offers a wide range of critical features which includes scheduling and hot backups with password protection, advanced compression functionality to help save space, incremental backups to save time and FTP/SFTP remote backup. Windows Server users now have a seamless, practical and secure system disaster recovery solution with the features offer by Acronis Backup & Recovery 10 Server for Windows (OEM). Antivirus solution In a multiple users environment, it is easy to spread a virus or malware through the data stored on the NAS. Adding an antivirus to the already comprehensive software bundle will provide the necessary software protection by scanning the files on your NAS and defending it against possible threats. McAfee is the world’s largest dedicated security technology company and shares Thecus’ spirit of dedication and quality. By establishing a strong partnership with them, Thecus® allow users the benefit of McAfee’s powerful software on their NAS entirely for free. Conclusion The N16000PRO and the N12000PRO from Thecus® are designed to meet the needs of large businesses with large amount of data and who expect professional performance out of their NAS. With unified storage, the users will have the ability to plug their NAS to an iSCSI network, and at the same time, use your Thecus® NAS as an IP Storage pool for both protocols. This way, the NAS can be compatible with any existing or future architecture. Now with faster processors, the N16000PRO and the N12000PRO will deliver quicker response time and handle multitasking with even better ease than before. The N16000PRO and the N12000PRO are a statement that Thecus® promises to always provide professional level NAS for all.

If you change your mind, you can return all or part of your order.

Order before 4pm*, and in-stock products will be with you the next day. (Or Saturday. Or even Same Day).

Wherever you are in the world, we can get your order to you at high speed.

Our free service helps you choose the right NAS and Drives, then makes sure it is built & ready to use as soon as you get it.

We are here to assist you - before, during and after your purchase, by phone, email or live chat.

We use cookies to give you the best experience possible. By continuing to navigate through this site you consent to the use of cookies in accordance with our Cookies Policy
Mobile View / Desktop View

Shipping from UK to United States

Login/Register
Your basket is empty
EasyFind

Out of the box this NAS can handle 16 x 3.5" hard drives / SSDs, giving it a maximum capacity of 0MB via MB drives.

You can have JBOD,RAID 0,RAID 1,RAID 5,RAID 6,RAID 10 set up on Thecus Rackmount 16-Bay NAS N16000PRO. We offer our completely free and highly recommended SpanStor build service for your Thecus 16-bay enclosure. We ensure that your Thecus box and drives are in perfect working order before we send it out, at no additional cost. That's not all. We can install the latest Thecus firmware or even construct a custom build from the ground up! Depending on the nature and complexity of the setup you request, this can take from a few minutes to a few hours, all done here at SPAN, thereby saving you time and money.
Possible RAID options for your Thecus 16-bay box are explained below. 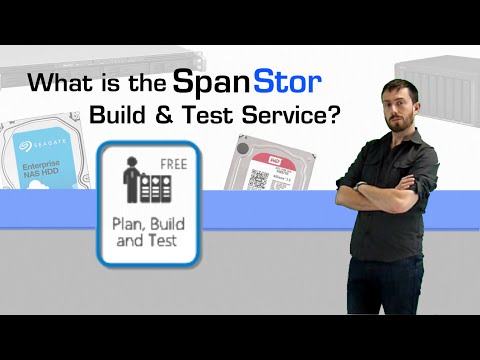 
Choose your RAID here -> Spanstor Build And Test
If you buy this Thecus Rackmount 16-Bay NAS and hard drives we do free build and test for the unit and hard drives. So you can use this device straight out of the box. All free of charge in N16000PRO price.
Same Day and Next Day Delivery available in UK and fast WorldWide delivery for products in stock.
FREE Business Quotes available for products with specific requirements or quantities. Often cheaper than Amazon.

When running out of hard drive capacity on the Thecus, D16000 provides an easy way to immediately scale capacity up to 128TB by additional 16 hard drives. The RAID volume on the Thecus Rackmount 16-Bay NAS can be expanded directly without having to reformat the existing hard drives, ensuring it continues its service during the capacity expansion.

Double your speed with Link Aggregation


Add two Gigabit Ethernet ports and a USB 3.0 pass-through port to your laptop through a single USB 3.0 port

* Image courtesy of stockimages at FreeDigitalPhotos.net

DISCLAIMER: Product information and images on this page are for guidance only and are liable to change without notice. Some details may refer to the whole category or range, rather than this particular item. Specifications shown are our best interpretation of information supplied by the manufacturer, and are as up-to-date as possible. If you require clarification on any item, please contact us and we will be glad to help you.
☎ Buy Thecus Rackmount 16-Bay NAS N16000PRO SAS/SATA HD; JBOD/RAID 0/1/5/6 at the best price » Same / Next Day Delivery WorldWide --FREE ✔BUILD ✓RAID ✓TEST ☎Call for pricing +44 20 8288 8555 sales@span.com ✓Free Advice --free quotes available. ☎Call for lower price +44 20 8288 8555 ✓Free Advice Included ✓Lowest Price often available

We use cookies to give you the best experience possible. By continuing to navigate through this site you consent to the use of cookies in accordance with our Cookies Policy
Unit 19, Red Lion Business Centre, Red Lion Road, Surbiton, Surrey KT6 7QD, UK

By using this website, you agree to our use of cookies to enhance your experience. Read more